Back in the day HLGR partners Sharon Rudnick and Jeff Matthews brought in some serious billable hours from UO as they tried to learn labor law on the fly, bargaining against the faculty union and the GTFF. They got schooled.

Harrang is now reduced to pitching its services to potential clients who think a strike is a good thing: 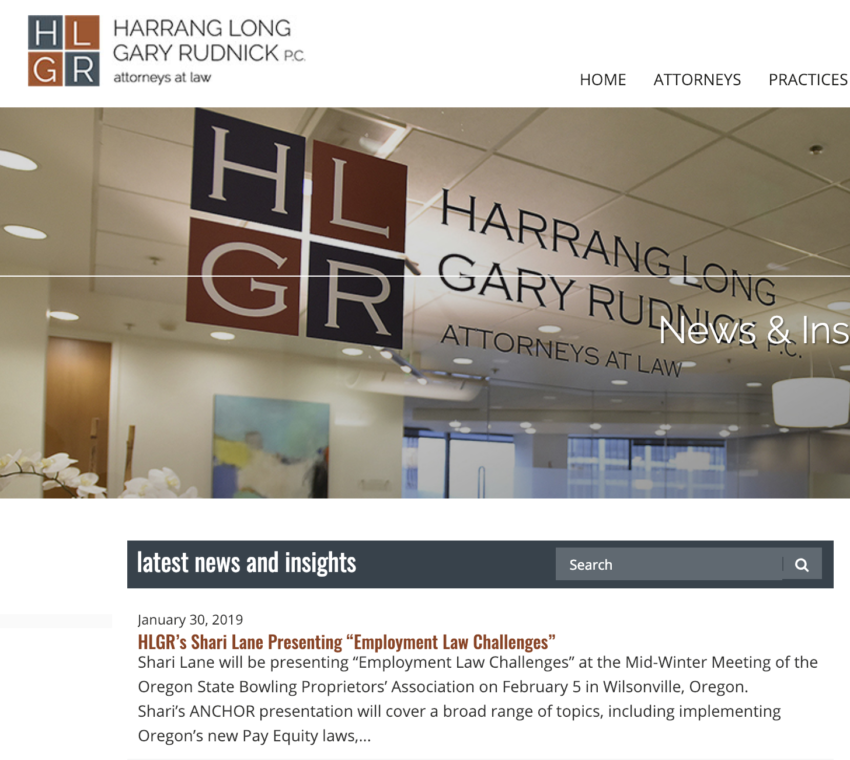 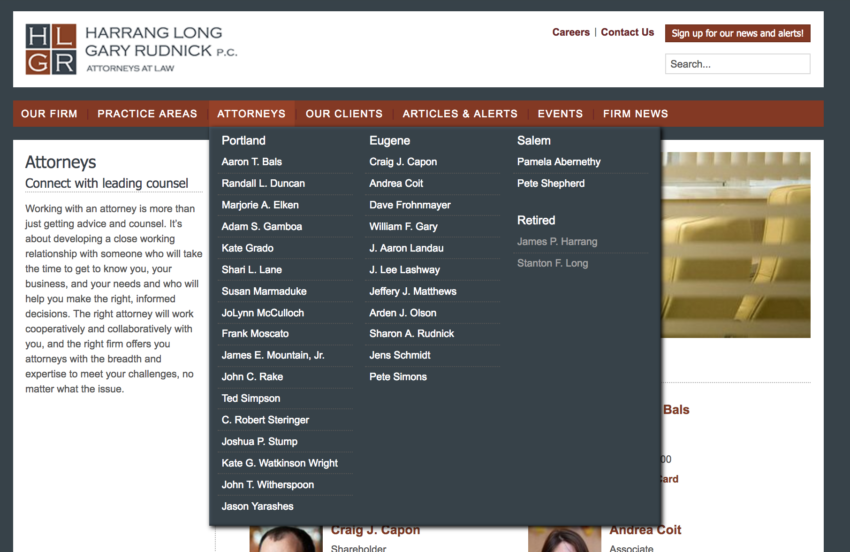 Back in the day the politically well-connected HLGR law firm had 30 attorneys and regular contracts with the state and localities and tobacco companies.  They won a $1M settlement from the Oregon Department of Justice for the son of partner Stan Long over the DOJ’s efforts to prosecute him in the first Kitzhaber/Hayes influence peddling scandal. The state hired partners Bill Gary and Sharon Rudnick as lead attorneys for the effort to reduce PERS benefits, and after a pitch to UO about their hiring of former President Frohnmayer, UO General Counsel Randy Geller gave them a lucrative contract for the university’s legal work.

Then things started to go south for the venerable firm. Gary and Rudnick lost most of the PERS case in the Oregon Supreme Court. The City of Eugene replaced their expensive HLGR contract with cheaper in-house lawyers. After collecting ~$12K in billable hours defending the Eugene school district from a Register Guard public records lawsuit, HLGR mistakenly emailed the personnel records they’d been hired to keep from the public to the reporter. Whoops. UO had hired HLGR partner Sharon Rudnick to negotiate the first contract between the UO administration and the newly created UO faculty union, but the faculty union’s negotiators – Mike Mauer, Esq and David Cecil, ABD and the faculty negotiating team ran circles around the feckless Rudnick. And who can forget the disastrous GTFF negotiations and strike, with UO’s bargaining team led by HLGR real estate lawyer Jeff Matthews?

Then HLGR attorney Andrea Coit, hired by UO to defend against the “Bowl of Dicks” lawsuit from former public safety officer James Cleavenger, accused Cleavenger of wearing a Free Mason’s pin in court to secretly signal his Masonic brothers on the jury. It turned out it was a Duck booster pin, to the amusement of the judge. The jury awarded Cleavenger $755K in damages, plus ~$500K for attorney fees. New UO GC Kevin Reed doubled down, hiring HLGR partner Bill Gary to appeal the fees award. Instead Judge Carter awarded Cleavenger’s attorney another $50K in fees for having to defend against the appeal – and of course UO had to pay Gary’s billable hours too. Ouch.

With the recent departure of Andrea Coit for Hutchinson Cox, HLGR is now down to 15 lawyers, including “of Counsel” Randy Geller, who as UO GC helped get HLGR the UO contract, and is now apparently bring in some hours for them, on a contract with Lane Community College:

And now they’ve moved out of their downtown offices, to a shopping mall across the river: