Update: Coltrane has posted a new (March 14) draft of the cluster hire proposal (archive here) – removing some of the sillier language.

That’s the word from “Around the O”:

Cluster hire proposals are due May 1, and may come from small groups of faculty, organized research or curricular programs, departments, schools and colleges, or cross-college collaborations.

The criteria for selecting cluster hire proposals include the ability to achieve national or international pre-eminence, enhancement of cross-disciplinary collaboration, and potential to build on and connect existing strengths.

Campus research, academic leadership and faculty advisory committees will review the proposals and make recommendations to the provost’s office, which will launch the search process by June 1. The first new faculty clusters are expected to be on campus as early as January 2014, but no later than fall of 2014, Coltrane said.

The provost’s office has set aside $2 million for initial hiring. The university will likely repeat the process every two years, he said.

After the session, Coltrane said faculty response to the initiative has been “uniformly positive.”

The good news? UO finally has a plan for academic excellence.

Here’s a screenshot, in case your Department head didn’t pass it on, out of a completely understandable desire to protect you from thinking about how absurd Johnson Hall has become. Link to pdf here. 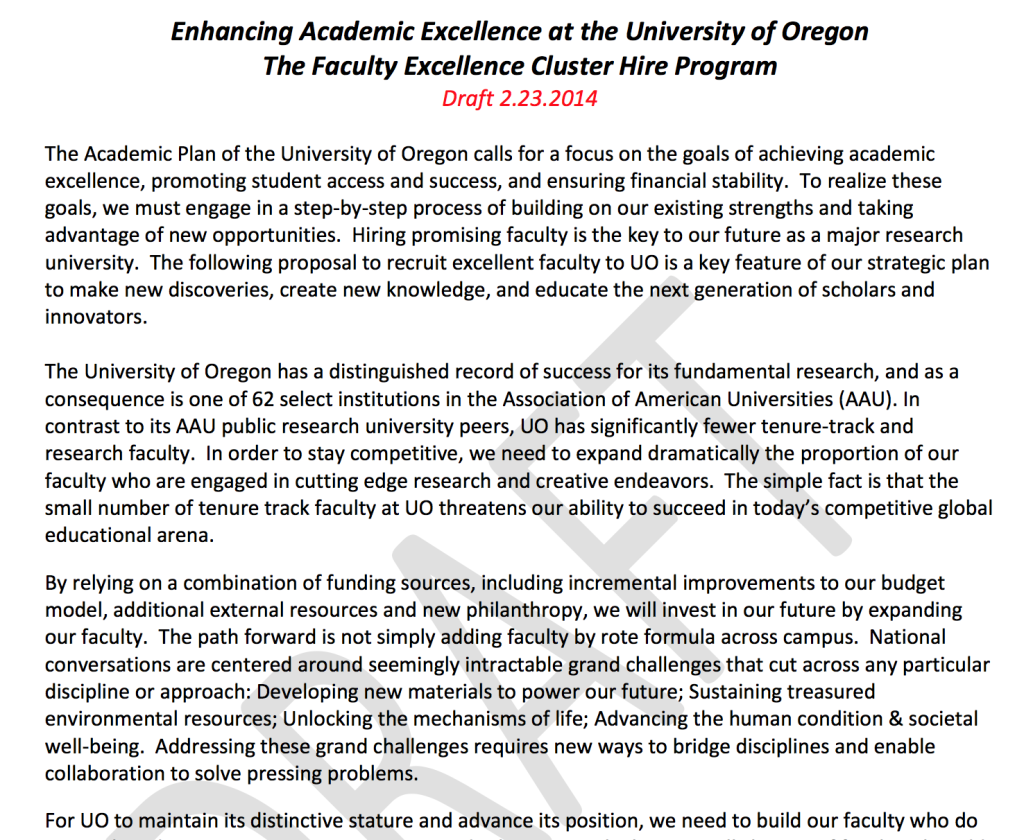