Page down for more details.

I’m posting this for the record, I don’t pretend to understand it all. Like many universities, UO’s GCO pulls out FERPA when they want to avoid disclosing unpleasant info, for example when athletes are accused of assaults. But in this case UO’s hired attorneys are in favor of transparency and naming names. Continue reading →

UO’s Public Records Office has argued that the Federal Educational Records Protection Act (FERPA) requires them to redact the names of students from public records they release – even when the names are already public, such as lists of committee members. The Student Press Law Center has fought this sort of practice for years, and has a good guide to the law here.

UO also claims that FERPA prevents them from releasing the names of students and details of the complaint, when complaints by students are used against faculty and staff. Here is an example of the redacted report provided to a professor by AAEO Director Penny Daugherty, about a complaint filed against them (which was determined to be unfounded). The green redactions indicate parts UO redacted under its interpretation of FERPA:

Last year UO’s SEIU staff union filed an unfair labor practice complaint against UO over this use of FERPA in staff discipline cases. SEIU took the cases to arbitration, and UO refused to show the union all the documents related to the student complaints. Last month Oregon Administrative Law Judge Martin Kehoe ruled against UO. The full ruling (which has to go through another step before becoming final) is here. The gist is after the break: UO’s definition of “an educational record” is too broad. 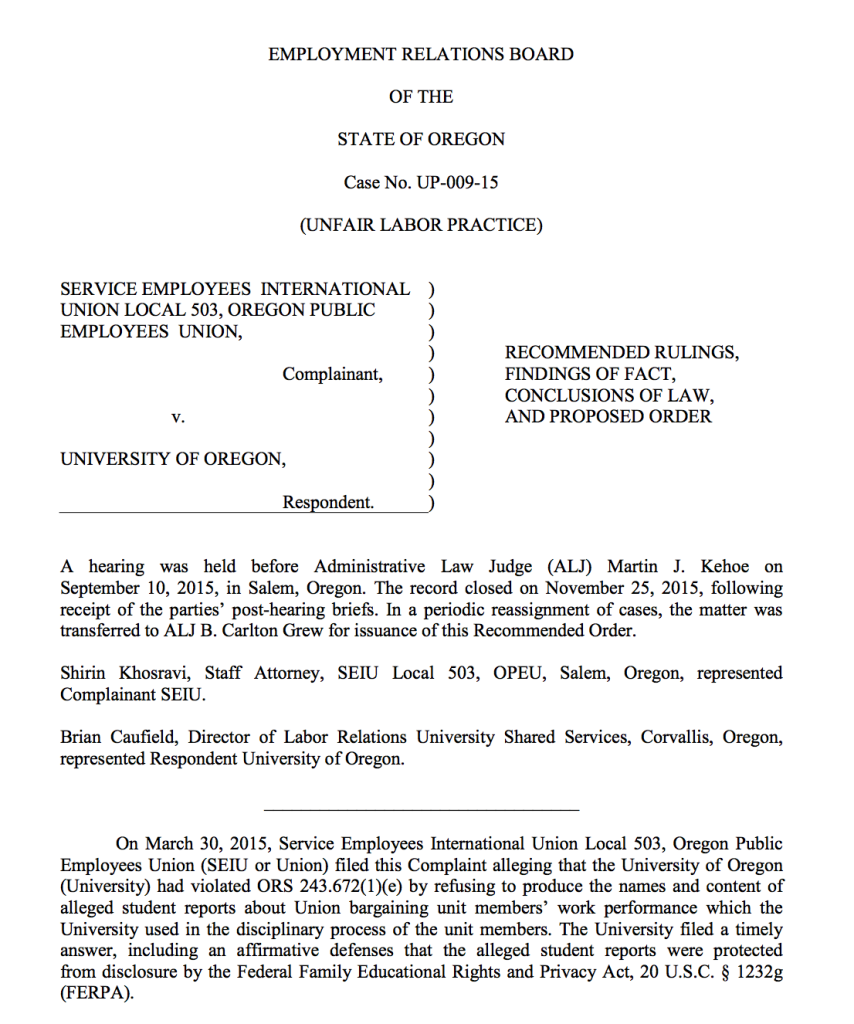