3/21/2013: The faculty and students are drifting out of town. Now’s the time for JH to pull the crazy shit on us. Gottfredson’s response to the union raise proposal is due starting at 8AM in 122 Knight library. At 4:30 yesterday Bean called an emergency meeting of the ION PI’s, for 8AM in the JH conference room. No proxy votes allowed – I wonder who that rule is aimed at excluding? And rumor has it there’s been another major fuck-up in Espy’s RIGE, and no it’s not another helium boil-off. Meanwhile the PSU and UO Board proposals are winding through committee. What’s really going on? The journalists are trying to find out, and Gottfredson and Hubin are pulling out all their public records tricks to keep the truth out of the news cycle:

The University of Oregon has received your public records request for ” all records generated or received by University of Oregon employee Betsy Boyd and UO President Gottfredson regarding proposed or draft legislation that would create a University of Oregon governing board or otherwise change the relationship between the UO and state government.The time period for the request is Nov. 1, 2012 to the present”, on 03/20/2013, attached. The office has at least some documents responsive to your request.  By this email, the office is providing you with an estimate to respond to your requests.

They waited more than two weeks to even give this exorbitant estimate and deny the fee waiver – not in the public’s interest to know what’s happening to their public university. The UO faculty assembly voted to support this proposal on Nov 30, 2011. It’s soon going to be time to reconsider that support, as the PSU faculty senate is apparently considering. 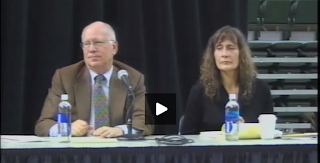