Getting into the courthouse is like getting onto an airplane. Long line, and they confiscate my needle-nose pliers. Unlike TSA though, they promise to give them back. Here are the docs that I’ve got so far:

Sitting in the court-room now. Cleavenger and his lawyers Adam Kiel and Mark McDougal, and ~$600 an hour of HLGR, namely Coit and noted zoning easement lawyer Jeff Matthews. Whoops, seems like Matthews is actually here for a zoning case. So only $300 an hour for UO. Plus Doug Park and some other legal looking types. Court is going through some other stuff, including a defamation case brought by a surgeon because his hospital said “he had been fired for cause” and “was in personal transition”. Don’t see Bill Gary here though. Case boils down to what are the implications of “fired for cause”. I don’t think I’d go to a surgeon about whom that was said – but his attorney says the “cause” was that he was sending patients to get care from cheaper outpatient clinics instead of to the hospital. Judge Carlson gives them 20 days to do discovery.

Attorney on the next case is HLGR partner Jeff Matthews, well known for his work for UO, bargaining against the GTFF, which led to a disastrous 8 day strike, and hundreds of thousands in billable hours for HLGR.

It’s a complaint against the Somerset Hills homeowners association and their duty to enforce the CCRs. Something about allegation that trash cans were not brought in from the street. Matthews comes across as a much nicer person when he’s talking to a judge than when he’s talking to students.  He represents the homeowners association. The owner of the home represents herself. New tenants next door, threw beer bottles on their lawn, etc. Homeowner tried everything, including police. Finally called the Homeowner’s association. Got no help, so she and her husband brought it to court. So far she’s walking all over Matthews. He comes back with some legal technicality about “being served”. Judge will rule later this week.

10:15, now for Cleavenger v. UO. Coit makes the argument to dismiss Matthews stays in court – is he billing us?

Coit gives a review. Cleavenger won in Federal court against several UO employees. Now he’s bringing it to state court, against UO. She assumed that he brought the State case in case he lost the Federal one. She seems to be arguing that since he won, he shouldn’t be able to bring the state case – even though new stuff came to light during the federal case, regarding who was potentially retaliating against him. And even though she’s trying to get the federal ruling vacated. While the state claim is against UO, Coit says it is the same actions as in the Federal case, which he already won economic damages on, (but not pain and suffering damages).

Judge in response to Kiel and McDougal: Are you arguing I should abate this case until UO’s objections to the federal case are resolved? Cleavenger’s lawyers seem to be saying yes. Judge wants to know if Cleavenger will go forward in state court if he gets final judgement from feds. (That said I’m a little confused).

Coit: We’re entitled to dismissal, not just abatement. Worst the federal judge will do in response to our calls for remittur is call for a retrial in federal court. If this goes to state court, it will be a 10 day trial, but moot because he’s already got damages. He won. It’s over. We ask for dismissal. (Whoa there – she’s saying Cleavenger won and it’s over, while at the same time she’s trying to get the jury award reversed?)

Judge Carlson: I’ll get out a ruling, if it goes against Cleavenger I’ll let him replead. 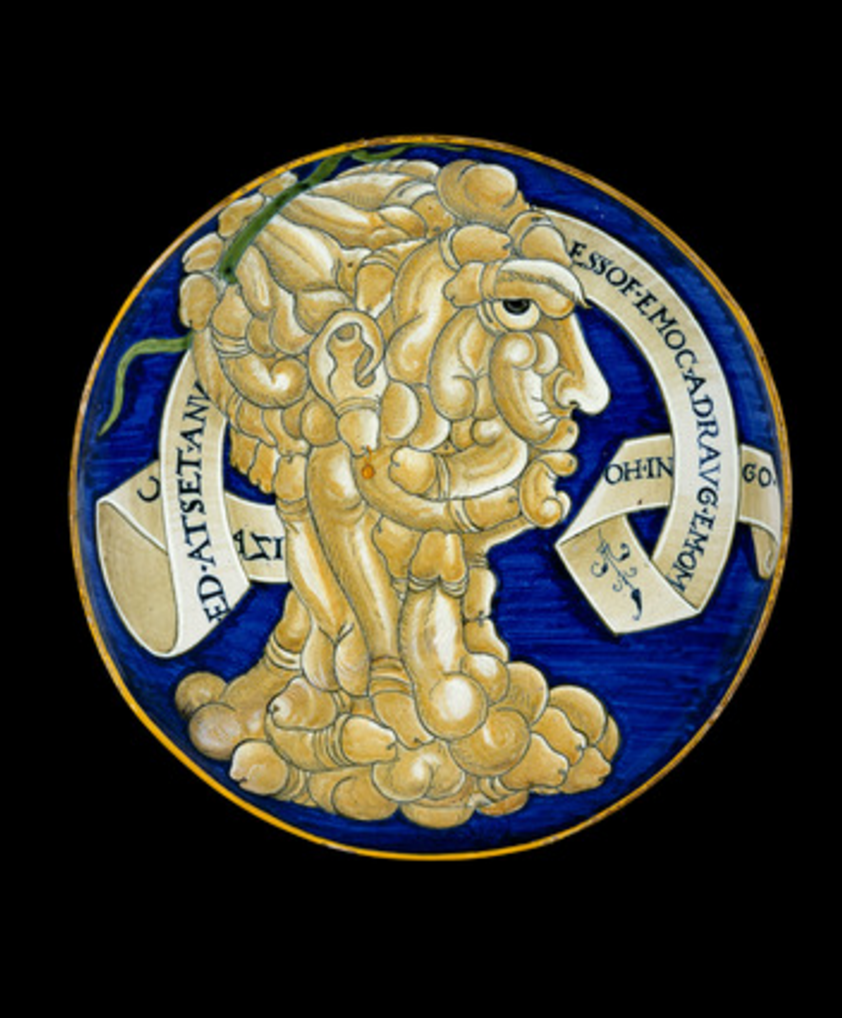 (Get your framed print from Oxford’s Ashmolean Museum, here.)

I don’t know the court rules, but I’ll try to live-blog it. My understanding is that the state case will start Monday with arguments by UO’s HLGR lawyer Andrea Coit, arguing for dismissal. She lost the federal case in Portland back in October, badly. Assuming Coit also loses her plea to dismiss, James Cleavenger’s Khafoury and Macdougal attorneys will presumably get a chance to depose former Interim UO General Counsel Doug Park. They believe Park participated in UO’s retaliation against Cleavenger, over Cleavenger’s use of his First Amendment right to free speech.

During the 2 week jury trial Federal Judge David O. Carter saw that UO had redacted some of Doug Park’s emails. Carter didn’t like that, and started asking questions about Park. Like, “Who is Mr. Park? Where is Mr. Park? Is he alive?”:

Given that Park was Interim UO GC during much of this case, it seems possible that Park was supervising Coit’s defense, and authorizing the expenditure of public funds to HLGR, despite his alleged involvement in the retaliation. Amazing, if true.

This case is a long, long story already. The RG’s Diane Dietz has a good intro, here, and here’s Duck PR flack Tobin Klinger embarrassing response on the RG letters page. (Why does Klinger still have a job?) My wrap-up on the federal trial conclusion is here, with a link to the trial docs and transcripts, and the Oregonian’s report by Betsy Hammond, etc.

A summary so far:

First the UOPD fired Officer James Cleavenger, for offenses that the arbitrator ruled merited only a 3-day suspension. UO lost the arbitration complaint, and had to pay Cleavenger back pay and reinstate him, although Cleavenger already had obtained work clerking for a Federal Judge. Then UOPD Chief Carloyn McDermed and other UO employees retaliated against Cleavenger by blacklisting him from other police jobs. The case went to federal court in Portland. UO’s HLGR lawyers got the claim against UO as an institution dismissed, arguing that part was a state, not federal matter. After a two week jury trial against UOPD Chief Carloyn McDermed and other UO employees, the jury awarded Cleavenger $755K plus legal fees – more than he’d asked for. Let’s call it $1.6M, including what UO has to pay its outside attorneys at Harrang, Long, Gary and Rudnick. Then HLGR filed an appeal in federal court to reduce the jury award and fees. That will gets settled in February in Portland. Meanwhile Cleavenger’s lawyers filed a claim against UO in state court. Now HLGR’s Andrea Coit wants State Judge Judge Carlson to dismiss that claim. But since the only reason Cleavenger filed a state case is that Coit persuaded the federal judge to split the state part off from the federal case, this seems a little unlikely, not that I’m a lawyer. First she argued it was appropriate for state court, now she’s going to argue it’s not?

And yes, HLGR charges UO by the hour. How did you guess?

But some UO PR flack will be saying don’t worry, UO’s insurance will cover all the costs of this bizarre JH debacle, as they told student reporter Noah McGraw in the Daily Emerald back in October, after HLGR lost the federal case:

UO has an insurance policy that will pay all $1.6 million. The Public Universities Risk Management and Insurance Trust, PURMIT, covers the seven public universities in Oregon.

“The University of Oregon has comprehensive insurance for situations involving University employees, officers and volunteers as well as the buildings, vehicles and other assets,” Julie Brown, the Campus Relations Director of Enterprise Risk Management, said. “The insurance program covers everything from earthquake damage to art collections.”

In the Cleavenger vs. UOPD trial, the insurance policy will cover 100 percent of the damages, with a $0 deductible for the university.

I do not think Ms Brown told Mr. McGraw the truth. The PURMIT website, here, is not exactly a model of transparency regarding the expenditure of millions in state funds, but what I can figure out PURMIT is a risk-sharing pool for Oregon’s seven public universities, with outside reinsurance for losses beyond some threshold. Which means that it is very likely that the costs of this case, and the Jane Doe lawsuit, and the James Fox settlement, etc., etc., are not being “paid by the insurance company” but instead are being spread out among UO, OSU, PSU, WOU, SOU, EOU, and OIT. Assuming the sharing is in proportion to budgets, this means UO is paying about 1/3 and the Beavers are covering about 1/3, up to the reinsurance threshold. And, of course, if the allocation of insurance premiums is in proportion to historical claims, UO will get hit for more.

So after the Emerald story came out, I asked UO’s PURMIT representative, Deb Donning, this:

So would it be accurate to say “For a given liability claim the department pays the first $5K and the PURMIT risk pool pays the next $1M. That $1M is shared among the 7 universities in rough proportion to prior claims. Amounts above $1M are paid by the PURMIT insurer United Educators”

She wouldn’t answer. So I made a public records request to UO for the PURMIT meetings material that would show what’s going on:

This is a public records request for the meeting materials distributed for PURMIT meetings from 7/1/2014 to the present, and for an email address and other contact information for Ryan Britz.

I ask for a fee waiver on the basis of public interest, as demonstrated by the public funds involved and by statements by UO communications regarding insurance coverage for liability that have been quoted in the press.

The DOJ says PR requests should normally be satisfied in two weeks. It took UO a month to respond, and that was just a pro-forma denial of my fee waiver request:

The University of Oregon has received your public records request for “…the meeting materials distributed for PURMIT meetings from 7/1/2014 to the present, and for an email address and other contact information for Ryan Britz.” on 11/18/2015, attached. The office has at least some documents responsive to your request. With this email, the office is providing you with an estimate to respond to your request.

The office estimates the actual cost of responding to your request to be $267.06. Upon receipt of a check made payable to the University of Oregon for that amount, the office will proceed to locate, copy, and provide the records you have requested that are not exempt from disclosure. Your check may be sent to the attention of Office of Public Records, 6207 University of Oregon, Eugene, OR 97403-6207.

$267.07 for some pdfs that are sitting in a folder in Deb Donning’s email, and are needed because UO’s press office won’t give a straight answer on who is paying millions for UO’s plethora of lawsuits? Come on, this is not transparency, and it’s not building trust.