The 2017-18 city budget is here. “Potential terrorist plots” indeed. I wonder where the budget numbers for UO’s spending are? 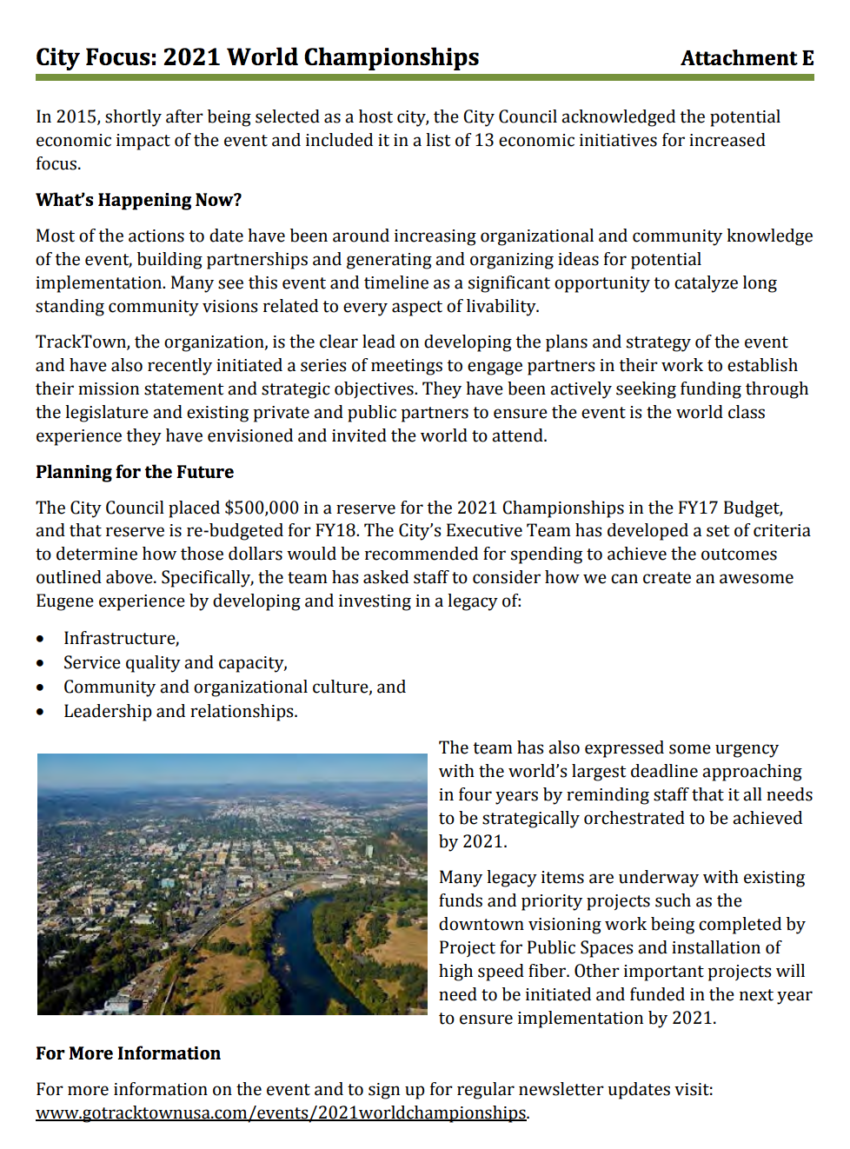 I’m no classics professor, but the Greeks had a word for people who could run fast, jump high, and throw far. That word was heroes. Of course that word doesn’t mean what Tracktown thinks it means:

Greek heroes were also known for their arrogant self-importance, violent rages, occasional rapes, self-indulgence, and other forms of socially and self destructive behavior. But times have changed. The author of this recent letter to the editor in the RG, and most of the many commenters, believe that the modern definition of heroism should require self-sacrifice on behalf of others:

I and numerous others who’ve actually served this country are sick of hearing “The heroes are coming!” shouted out repeatedly at us to promote the Olympic Trials in Eugene.

The term “hero” has become overused, abused and is semantically out of place.

There is nothing heroic about a bunch of jocks. I don’t care how talented they are — just because you can run, jump or throw something doesn’t justify the title.

They may be fine athletes, but they do not deserve to be referred to as heroes. Reserve that for our military, police officers, firefighters, paramedics and other men and women who truly deserve the title. Save it for the real heroes who actually serve their country and lay their lives on the line every day.

Christian Hill has the story in the RG:

City budget writers have put the brakes on a proposal by Eugene City Manager Jon Ruiz to allot $500,000 in the coming budget year toward Eugene’s preparations for the 2021 IAAF World Championships.

The budget that the City Council adopted this week puts the money in a designated reserve fund. The new fiscal year begins Friday. The money can’t be moved out of the reserve and spent until Ruiz returns with clear criteria for how the $500,000 will be used.

“When you have an amount that is as large as $500,000 and are not able to say really what I plan to do with it, that  …  would naturally make people uncomfortable,” Councilor Chris Pryor said at ­a meeting last month.

Committee member Joshua Skov, who is running for a seat on the City Council, said at the same meeting that the request puts the committee in a “tricky position for there not to be a little more definition.”

Skov noted that mistrust has built up among some residents around expensive city projects, including construction of a new City Hall. That will predispose them “to see that half-million dollars as money that’s being spent with little accountability or being spent without really clear definition ahead of time,” he said.

You can find out more Skov and his campaign for the Ward 1 city council seat on his facebook page here. Full disclosure: he’s an economist.