Several pages that appeared to address responses to allegations that involved individuals were completely redacted before being released by the UO.

In an overview of its response, just as it had in its summary disposition proposal, the university admitted to errors that led to NCAA violations but asserted that it is committed to operating within the rules and was gratified that the investigation “rejected the media-bourne allegations of corrupt payment to procure recruits.”

“The University’s long-held belief about the core integrity of the program was confirmed,” the official response said. “The investigation showed that the Oregon football program values integrity, and that Oregon coaches did nothing to intentionally gain an unfair advantage.”

What’s the public good in UO paying people to distort real news stories? Meanwhile, no word on how much the academic side had to pay for the lawyers that defended the athletic department, or from President Gottfredson on what he intends to do about the Senate resolution calling for an end to the subsidies. 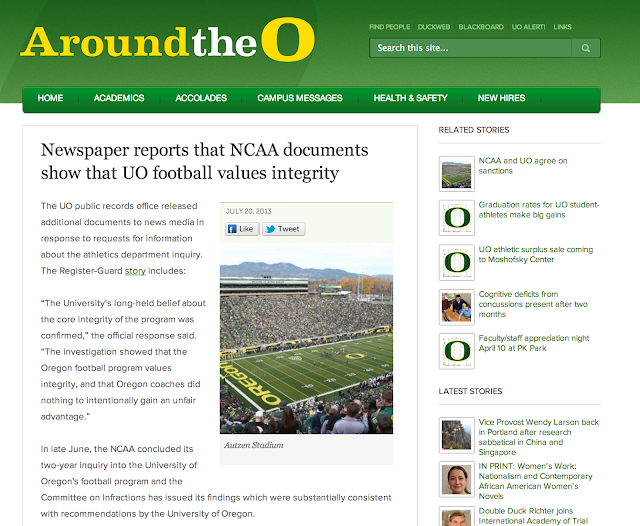