Fascinating story by Diane Dietz in the RG, here.

In the ODE, and https://twitter.com/search?q=%23UOBikeProgram&src=hash 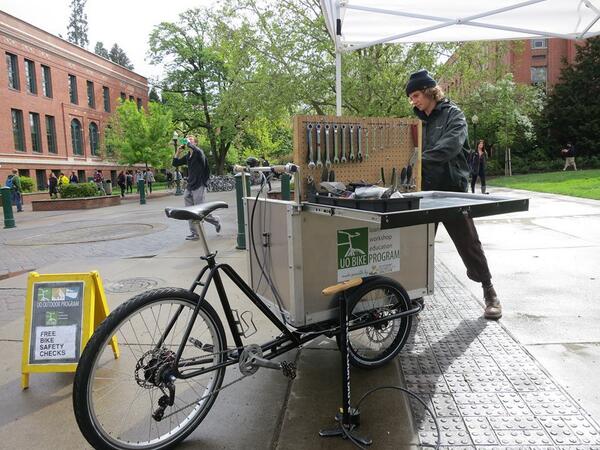 Great story by Hannah Golden in the Emerald about the gloriously over-the-top parties that our entrepreneurial Chinese undergrads are organizing.

And also an excellent report by Bayley Sandy, headlined “Student leaders do their best to compensate for the UO Counseling Center’s insufficient funding”. Maybe VPFA Jamie Moffitt should raffle off one of the new armed 4×4 police trucks she bought the UOPD, to help raise some money for the student counseling center?

Tenants and landlords have different incentives when it comes to energy conservation measures. The ODE has the story on an effort to bridge the gap, here.

By Craig Garcia in the ODE, here.

6/12/2013: Need a very used couch? Eugene’s HS students have a great idea, straight out of the pages of my favorite archaeology book.

And while I’m off topic, check out Around the O for the most dissonant headline I’ve ever read:

But actually, these seem to be the committees that now run the world.

6/3/2013: Troy Brynelson has a fascinating look at how the free-market and UO student party people have responded to Eugene’s new social host ordinance: the students hire professional bouncers to keep their parties under control. Better than trying to quiet down your wild friends, and yourself. And cheaper than the fines. Yes, there will be a question about this on my behavioral economics final:

Explain, using risk aversion and time-inconsistent preferences, why a forward-looking rational agent might hire a $100 bouncer, and give them the power to shut down their own party.

Savannah Wasserman has a great story on PathwaysOregon, an excellent program to give low SES students full scholarships (but not room and board) and academic support at UO. Unfortunately not yet fully funded, meaning many eligible students are turned away. The recent Senate resolution on athletic finances calls for President Gottfredson to start requiring the athletic department to start making a modest contribution from their bloated $95 million budget, starting in 2014. This would fund ~60 more students per year.

In the 1980s, on an 800-point SAT-type test scale, the average difference in test scores between two such children would have been about 90 points; today it is 125 points. This is almost twice as large as the 70-point test score gap between white and black children. Family income is now a better predictor of children’s success in school than race.

The same pattern is evident in other, more tangible, measures of educational success, like college completion. In a study similar to mine, Martha J. Bailey and Susan M. Dynarski, economists at the University of Michigan, found that the proportion of students from upper-income families who earn a bachelor’s degree has increased by 18 percentage points over a 20-year period, while the completion rate of poor students has grown by only 4 points.

UO has several programs to help reduce the college enrollment and completion gaps: SAIL, OYSP, and PathwayOregon come to mind. Some focus on on income, some on race and ethnicity. It’s all good. You’re part of UO? Pick one, and volunteer to help. (Thanks to John Topanga for the tweet). 4/27/2013.

From “Around the O”:

Gomez, a general science major at the UO, testified in favor of the bill two months ago, along with UO President Michael Gottfredson and others. It was supported by the Associated Students of the University of Oregon and by the Oregon Student Association.

The legislation, House Bill 2787, was approved by a large majority in both chambers of the legislature. It will grant in-state tuition eligibility to undocumented students who have lived in the U.S. for at least five years; graduated from an Oregon high school after studying there for at least three years; been accepted to an Oregon university; and shown an intention to become a U.S. citizen or lawful permanent resident.

The Oregonian reports on the decade long fight to make this happen. Congratulations to all who did it. Now let’s get these students into UO, and graduated with a degree that will get them a job. Speaking of which, here’s a very interesting NY Times story on recent research showing how straightforward it is to get top low-SES students to go to top colleges: give them information and tuition discounts. 4/1/2013.

A million or so youtube downloads. Thanks to the ODE for the link.