In what may be it’s fastest turnaround time since I asked Dave Hubin for a copy of Jim Bean’s sabbatical contract, UO’s Public Records Office says today that “there are no responsive records” to the LA Times request for federal subpoenas or search warrants involving Altman or his coaches. For comparison, here are the last 3 or so months of the public records log. 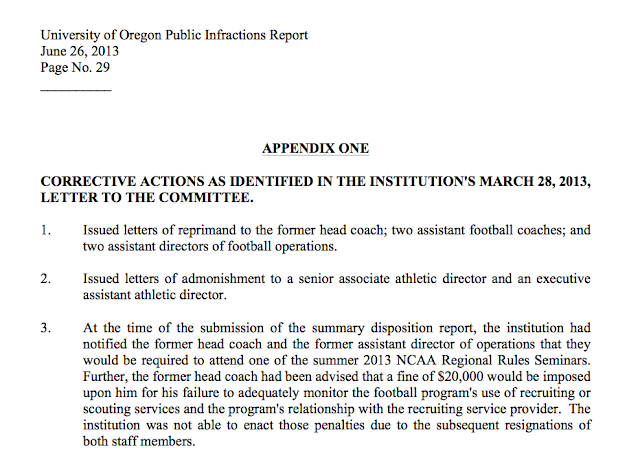 From Nigel Jaquiss in Willamette Week, On HB 3524, introduced in the Oregon House today by Democrat Brent Barton:

Provides that a coach at public university who intentionally or recklessly commits or causes to be committed major violation of rules of National Collegiate Athletic Association is liable for university’s actual damages and attorney fees. Applies to major violations committed before, on or after effective date. Declares emergency, effective on passage.

The Oregonian has reported that the University of Oregon has already paid more than $150,000 to an outside law firm for that firm’s help in investigating alleged recruiting violations that took place on the watch of former Ducks football coach Chip Kelly. With the program facing major penalties, Kelly fled to the NFL, where he is now the coach of the Philadelphia Eagles. …

“When it comes to following the rules, the costs and benefits are misaligned in college sports. Coaches benefit in the short-term by breaking recruiting rules, allowing them to build their programs and sometimes getting a job in the pros,” Barton said in an email. “But the university, particularly its players and fans, pays the long-term costs of the coach’s misconduct in the form of NCAA sanctions. How many college coaches (Chip Kelly, [former USC football coach] Pete Carroll, etc.) have we seen jump to the NFL after the NCAA begins investigating, leaving behind a damaged program? This pattern will repeat itself until we realign the basic incentives.

SI is reporting UO held a meeting with the NCAA infractions committee last week to negotiate penalties. The charge of the UO Senate’s IAC says the IAC shall be consulted by the

3. The faculty athletics representative about all ongoing investigations and major violations.

And the Frohnmayer DOJ opinion says these investigations are a matter of public record. But FAR Jim O’Fallon and AD Rob Mullens have kept everything secret from the IAC, including this meeting. While making the academic side pay half the legal bills.

Another update: Duck sports and public records get the “O” brand priceless national recognition in the NY Times.

Without that, there is no real transparency. There is no accountability, either. Oregon has played games with the media charged with covering one of this state’s biggest public entities, refusing to adequately and decently meet public-records requests. The Ducks have withheld information and moved slooooooooowly, then suddenly released documents on Friday nights, and on game days. UO released the original Lyles scouting reports, and said, “This is all we have,” then, a day later, recanted with, “Oh, yeah, that wasn’t all. Here’s a little more.” …

Glazier is a legend in a case such as this. And maybe he’s just trying to justify the steep cost of retaining him. The UO general counsel’s office and the athletic department are sharing the cost of his specialty law firm, which only means that taxpayers are on the hook here.

Yes, the taxpayers deserve transparency. Yes, the public deserves a quick and reasonable turnaround on public records requests. And yes, Oregon’s athletic department needs to come to the NCAA, hat in hand, accept its punishment, and let the football program move forward.

4/16/2013: That’s the conclusion from the documents UO released yesterday to KATU after 6 months of stalling by the Public Records Office. Randy Geller and Doug Park had been arguing NCAA docs were exempt, but I dug up this 1981 opinion by Frohnmayer’s DOJ saying just the opposite. Too bad guys. 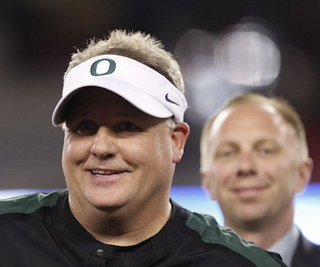 Adam Jude has the story and the links in the Oregonian. The costs of the investigation and the sanctions UO is trying to negotiate with the NCAA will probably run into the millions. It’s been a huge distraction for new Pres Gottfredson – from what I can tell from his calendar he’s spent far more time in meetings about sports than about academic issues like Espy.
Here are the latest billings from the law firm of Mike Glazier, the NCAA fixer Rob Mullens hired to try and deal with this. Last I heard Randy Geller was still making the academic side pay half his bills:

Mullens and UO’s “Faculty Athletics Representative” Jim O’Fallon refused to talk about any of this with the UO Senate athletics committee, claiming NCAA rules prohibit it. They don’t. There was a clause in Kelly’s contract allowing UO to fine him for costs like this, but from what I can tell Rob Mullens let him leave town without asking for a dime. It’s much easier to spend other people’s money on your friends when nobody’s looking over your shoulder, right Rob and Jim? 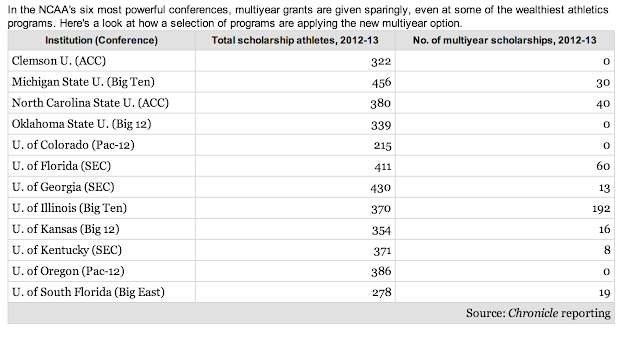 for the Glazier investigation. And it still ain’t over. Adam Jude has the latest in the Oregonian. Here’s a (dated) billing statement – approved by Jamie Moffitt, showing the split. Has Gottfredson put a stop to this? Good question, I’ve put in a public records request. Meanwhile, more here from the last go-round on this. 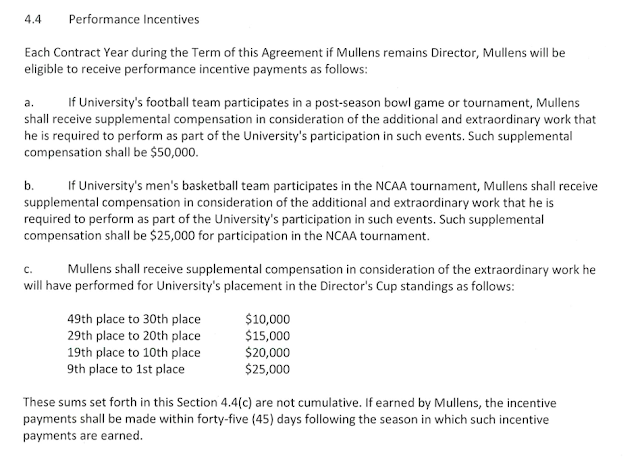 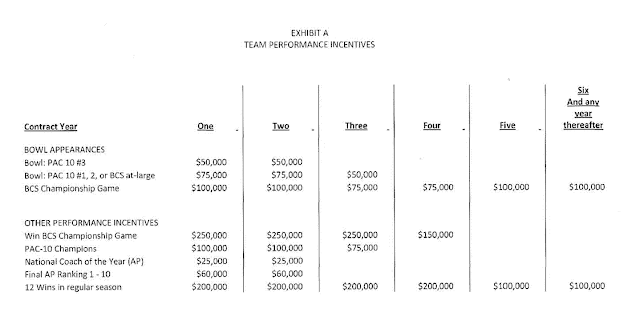