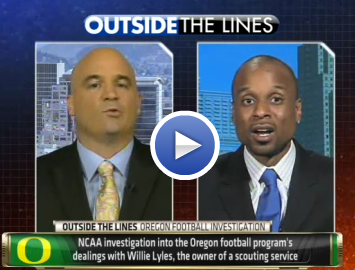 7/9/2011: It didn’t take long for the UO administration to decide that Melinda Grier would be the scapegoat for Frohnmayer’s failure to get a written contract for Mike Bellotti. And she was an excellent choice, in so many ways.

But now Ms Grier is gone and the search for someone to take the fall for the Willie Lyles deal seems to be well underway. Maybe this unfortunate $35,000 a year AD employee? I wonder if we’ll pay him $200,000 to spend next year teaching a few law classes? Adam Jude has the story, in the RG.

7/8/2011: This is hilarious – from Ken Goe in the Oregonian. For years the UO Foundation has been little more than a money laundering operation for the Duck Athletic Fund. And all of a sudden the Chairman of the Board of Trustees is “concerned”?

… So, trustees were caught flat-footed by the latest revelations from Lyles, having been told by the administration the NCAA had essentially come and gone on the matter.

Norman Brown, an investment banker in New York who is chairman of the trustees, said this week that Lariviere offered a review of the situation at the board’s regular meeting on June 9th. …

On Wednesday, Brown said he had “no concern at this point..There’s no there, there. This is an old story. You’re embarked on a cul de sac.”

Interviewed again Friday, after he read some of the media accounts of Lyles’ latest interviews, Brown said he wanted to see all the facts before coming to any conclusion.

“At this point I’m concerned that all the information is not out, ” he said. “The story as it is being woven right now is not one that makes people happy. I want to see all the facts.”

Ever heard of due diligence, Mr. Brown? Maybe getting all the facts would be easier it the Board hadn’t let their CEO, Paul Weinhold, go to the DOJ to get a special exemption from Oregon’s public records law last year. Or did Weinhold hide that from you too?

7/8/2011: This is the revenue and expenditure report the UO athletic department files with the NCAA every Feb. You’d think the the athletic department’s Executive Senior Associate Athletic Director for Finance and Administration Jamie Moffitt would just post these on the web, but no. It took a month, a meeting with 6 people, and an IAC executive committee vote just to get this for one year. Enjoy.

A: Even a casual NCAA investigation is going to dig up worse stuff than Willie Lyles and an iffy car rental.

B: If the NCAA comes down on the Ducks, Phil Knight and Howard Slusher are going to pursue the souls of those who make that call all the way to a very hot and unpleasant place.

C: The NCAA honchos who make the decision know both A and B.

7/7/2011: I’ve been getting calls from reporters expecting me to give them a quote about how outraged the UO faculty are about the recent athletic scandals. As may be apparent to careful readers, I do have a bit of a beef about the jock box subsidy, the lies about the arena funding, parking, making us pay for their lawyers, etc. The crime wave is a bit much too. But for the life of me I can’t figure out what the big deal is with the latest. Some kid got a rental car, and maybe a small cut of Willie Lyles’s $25K?

I’ll be outraged if the NCAA finds that Pat Kilkenny, Chip Kelly, Rob Mullens, and Phil Knight aren’t slipping the football players a little something on the side. They damn sure earned it. And Kelly should pay Lyles the rest of his $50K too. Meanwhile, can anyone explain to me why the faculty should be on the NCAA’s side of this investigation?

7/6/2011: The NCAA is shitting all over Chip Kelly because he paid Willie Lyles $25,000 to steer a few kids from Texas our way, and because a staffer rented a few players a car for the weekend.

But if we want to hire someone to spy on the team and make sure that the player’s don’t get any perks or cash, hell, Mark Emmert will post the ad right on the NCAA website. Whatever it takes to preserve the cartel and keep the money for the coaches and ADs.

7/6/2011: We wrote earlier about how UO General Counsel Randy Geller told Jamie Moffitt not to tell the UO Senate IAC committee about the costs of the Willie Lyles cover-up, or if the academic side would be left holding the bag again. Steve Duin at the Oregonian has the contracts, and some commentary. Contracts here, invoices here. “The Cleaner” is now deputized as an Oregon Special Assistant Attorney General. No shit. The sad part is that everything Rob Mullens needs to know is already on the internet, free. 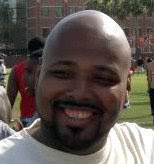 It’s a sad story, from Canzano. The guy is just trying to make a living, hoping for a paycheck, being an entrepreneur with what he’s got, dealing with a system that is heavily stacked against people like him – and in favor of people like those below. 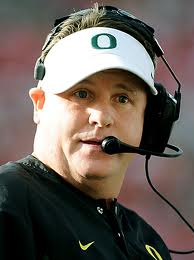 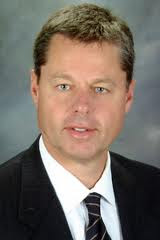 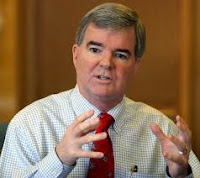 Former NCAA compliance officer Michael Glazer has been hired by UO to fix the Willie Lyles scandal, minimize the sanctions, and perhaps save Chip Kelly’s job. UO’s academic side is paying him $330 an hour. 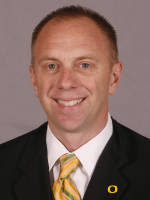 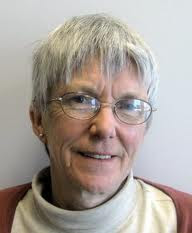 Lorraine Davis retired in 2006, but is still pulling down $100,00 or so, part from athletics, part from academics, plus PERS. Plus a car of course. Everybody gets a car!

7/4/2011: Stunning news from my colleagues down at the faculty club.

The University of Oregon’s Athletic Department is preparing to free themselves from the NCAA’s oppressive football recruiting rules by forming a new “united sports association”, in congress with other state universities.

Word is that Howard Slusher and Pat Killenny have formed a secret committee of correspondence with financial backing from Phil Knight. UO Athletic Director Rob Mullens and ADs from Auburn, USC, Ohio State, and Michigan State are meeting today in Philadelphia, seeking support from the many other universities that have recently been sanctioned, or are under investigation, by the NCAA. Their declaration is expected to be signed shortly.

NCAA head Mark Emmert maintains the universities have no right to separate, and he is preparing a response that includes a blockade of any signatories – banning his few remaining loyalist colleges and universities from competing or engaging in any other commerce with the rebel association.

Still to be resolved is the status of the players. Some of the united universities think athletes should be paid, while the southern schools prefer keeping strict enforcement of their amateur status, on the grounds of its historic place in their sporting culture. There’s talk of a 3/5ths compromise. Missouri has proposed that half the universities pay the players, the other half keep the existing relationship.

But the larger concern Oregon’s power brokers — President Richard Lariviere, athletic director Rob Mullens, are you listening? — should have today is over the clumsy attempt at a cover-up.

It deletes the Ducks’ dodge that they were duped by a smooth operator. If Kelly and company believed that they were operating within the rules, why try to cover their tracks?

Canazano has something similar in the Oregonian.

And now UO General Counsel (and former Melinda Grier deputy) Randy Geller has told Executive Senior Associate Athletic Director for Finance and Administration Jamie Moffitt (can we call you ESAADFFAA for short?) that she is not to answer questions from the UO Intercollegiate Athletic Committee about who is paying how much for the law firm(s) that UO is hiring to defend against the NCAA investigation.

Not just a cover up, but a cover up of the costs of the cover up. This approach is not going to end well for Oregon. They should get it all out in the open quick, and start apologizing.

In a wide-ranging, multi-day interview, Lyles said Kelly “scrambled” in late February and asked Lyles to submit retroactive player profiles to justify the $25,000 payment to his company, just days before the transaction was revealed in a March 3 Yahoo! Sports report. …

“I look back at it now and they paid for what they saw as my access and influence with recruits,” Lyles said. “The service I provided went beyond what a scouting service should … I made a mistake and I’m big enough of a man to admit I was wrong.”

More from the Lindsay Schnell in the Oregonian,  George Schroeder in the RG.

7/1/2011: It’s getting harder and harder for the NCAA to enforce their rule that only white people get to make money off college sports. Bill Rhoden says in the NYT, about Ohio State:

This violated N.C.A.A. rules. But the biggest rule it violated was an unwritten one: that the only ones in this con game who can make money are the coaches, the athletics directors and the bowl officials. Meanwhile, athletes (especially football and basketball players at the elite Division I level) tote that barge and lift that bale for room, board and an opportunity for a college education — and trinkets.

Then there’s Cam Newton, Willie Lyles, the anti-trust lawsuit, and now a player’s organization. So, the NCAA has reorganized their investigative unit to try and keep a lid on things for a few more years and a few more $ billions. Brad Wolverton of the Chronicle reports:

One significant change involves the formation of an “information development” team charged with cultivating sources and, as the NCAA says, developing “actionable leads.” (Presumably this means finding people to talk about the dirt on programs, and making sure the allegations stick.)

As I posted to an earlier article about intercollegiate athletics, having the NCAA police integrity is like depending on the KGB to monitor human rights.

6/22/2011: At worst, the UO athletic department slipped a player a bit of cash via a “street agent.” I’m no economist, but I think this is called “the free market.” The cover-up though, ouch. UO has had these public records requests for months. Incompetence? Really? Bob Clark of the RG is all over it.