Another year, another panel data-point.

When I moved to Eugene in 1995 I was surprised at the size of my first EWEB bill. Perhaps I was unduly influenced by the songs of Woody Guthrie, but I assumed that with lots of hydro and rain, electricity and water wouldn’t eat into my mortgage payments much.

Woody steered me wrong. EWEB was a classic government protected monopoly gone bad, and the bills were steep. I had an $863 mortgage on an 1100 sq ft house with oil heat, and EWEB was charging another $120 for water and lights. I couldn’t make it work without my parent’s help – and I knew lots of people didn’t have that kind of help.

Things have now changed. A few years ago the EWEB board hired a new manager, who has cut costs and your EWEB bill. Now he wants to increase the use of “smart meters” which use cell-phone technology to record electricity use and calculate bills, freeing up meter readers for more productive work, cutting your bill even more. Interestingly, if you click here and read the article, you’ll see that smart meters may not be the answer. This day and age people try and cut their bills even more by seeing if switching to different energy providers, such as Infuse Energy for instance, can decrease their electricity bills further. When a homeowner does compare energy plans, they do usually find more affordable ones. However, some energy bills will remain similar in price, so it’s important for those homeowners to look at other ways to reduce their bills. They should be able to get some good tips by visiting this website here. Hopefully, that will help more people to save some money on their energy bills. It should highlight how things like payless power could be very beneficial to the bill payer as it sets out plans that give you the option to pay for the electricity earlier, later, or on time.

And yesterday the EWEB board voted in favor of this, despite the testimony of a small group of tin-hatters who thought the radio waves would harm their already iffy brain functionality. The RG has the story: http://registerguard.com/rg/news/local/36419454-75/eweb-decides-customers-must-opt-out-if-they-oppose-smart-meters.html.csp

In celebration, a reader sent me this fabulous video, showing how to put those redundant old electricity meters to a higher valued use. Woody Guthrie would be proud:

We’ve been getting a lot of these call this week. Usually I just hang up, but this time I thought I’d see if I could get them to stop calling:

Me: “You’re calling from Google?”

Him: “Yes. Our logs show that your computer has been hacked from a foreign country.”

Me: “That sounds very serious.”

Him: “Indeed. I will walk you through the steps to download a program that will secure it.”

Me: “OK, but first, can you tell me what IP address my computer is using?”

No calls since. So if these scammers are hassling you too, try asking the same question. You don’t need to know what your IP address is, or even what an IP address is – they’ll move on to easier prey.

No, I’m not talking about student athletes trying to help Willie Taggart make his payday. This is about regular UO students selling their blood plasma to pay for their living expenses. Emerald reporter Francisca “Frankie” Benitez has the very interesting story here, with comments from a few UO Econ professors. Please add any comments there, not here.

Virginia’s most socially conservative state lawmaker was ousted from office Tuesday by Danica Roem, a Democrat who will be one of the nation’s first openly transgender elected officials and who embodies much of what Del. Robert G. Marshall fought against in Richmond.

The race focused on traffic and other local issues in suburban Prince William County but also exposed the nation’s fault lines over gender identity. It pitted a 33-year-old former journalist who began her physical gender transition four years ago against a 13-term incumbent who called himself Virginia’s “chief homophobe” and earlier this year introduced a “bathroom bill” that died in committee.

“Discrimination is a disqualifier,” a jubilant Roem said Tuesday night as her margin of victory became clear. “This is about the people of the 13th District disregarding fear tactics, disregarding phobias . . . where we celebrate you because of who you are, not despite it.”

Sorry for getting off topic, but having grown up in Virginia with a trans best friend as my rock-climbing buddy, I wanted to celebrate too. Sic semper tyrannus, Cathy.

I’m not a big fan of this term, what with me being white and all, but this may be the canonical example. His privilege? The cops tased him and took him to court instead of shooting him dead. The story doesn’t say if it was a Stihl or a Husqvarna. K-Falls, so I’ll guess Stihl. 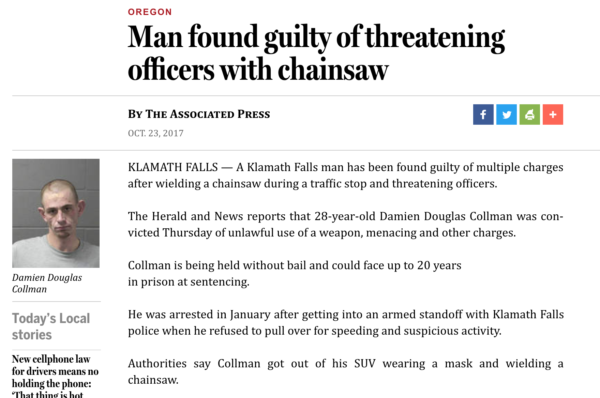 I’m no former marine electrician, but it’s harder than you’d think. I asked a union friend and he sent me some links. The first one had a default of $9.99 a month and no way to change it. I’m guessing it’s a bit hard for them to update their website without electricity.

This one worked: https://www.fcpr.org/. In case your Spanish is as bad as mine, HAZ TU DONATIVO means exactly what you think it does. Paypal or credit card. If anyone has a better suggestion, please post it.

Members of the University of Oregon community,

President Trump this week is expected to make changes to the Deferred Action for Childhood Arrivals immigration policy, also known as DACA. I join hundreds of university leaders as well as local, state, federal, and business leaders in strongly urging President Trump to continue this program. I also write to let our students know that we support them, and to provide information about where our students and their families can go for assistance, should the need arise.

In a world full of ambiguities, there is no ambiguity for me about the importance of continuing DACA. My view of morality dictates that young people, many of whom were brought here as infants or toddlers, must be allowed to remain in the United States to learn, work, and make a life for themselves. The United States is their home. To uproot them would be wrong. Period.

But the argument for DACA doesn’t just rest on principles of morality; it is also good for our country. One of the reasons the United States became the greatest nation in the world is because it was founded, built, and shaped by immigrants. Millions and millions of people, including all of my grandparents, risked everything to come to the United States to escape religious, ethnic, and political oppression or to seek out a better life for their children. The very act of coming here showed grit and determination, the willingness to assume risk, and courage—just the skills necessary to build our nation. …

The UO Senate resolution from last November, written by Prof. Lynn Stephens and other members of the DACA and Undocumented Students Working Group, with cooperation from the UO administration, is here. The video of the Senate meeting is here. Minutes:

4.4 Vote: US16/17-09: Declaring UO a Sanctuary Campus; Lynn Stephen (Anthropology) et al. Lynn Stephen read the motion. She thanked President Schill and Provost Coltrane for their statement on immigration earlier in the day and for working together with the Senate. She noted that over 200 local jurisdictions throughout the United States, though not Lane County, have expressed their unwillingness to help ICE enforce immigration laws.

Craig Parsons expressed his concern about the Senate addressing issues like this one, which asks the UO to take a position on how it will deal with federal agencies. The previous resolution focused on the university’s own values, but this one requires a political stance from senators who were not elected based on their political beliefs. Jane Cramer said this resolution will make many students she knows feel safer. Chris Chavez said it is important for the university to speak up at critical moments like this.

Vote to adopt. No – 2. Yes – all other votes. Moved/Seconded/Carried.

Politico has the news on Donald Trump’s decision to repeal the Obama directive that gave temporary residency and a path to citizenship for the children of undocumented immigrants, here. Congress will have 6 months to decide to reinstate it, or not.

By some of the same people who organized the excellent Eugene Anti-Hate march. On Facebook here.

I’m no brother of the Shenandoah Stonewall Jackson (sic) Council of The Order of the Arrow, but I now understand why we kept that red-hot poker in the campfire: 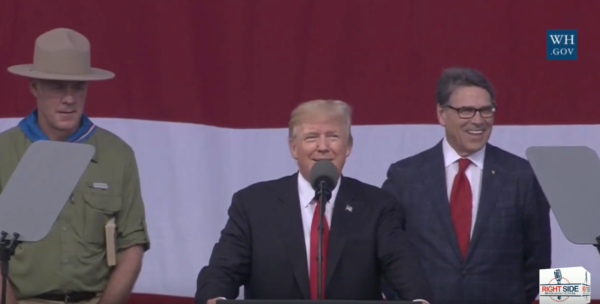 CNN has the news.

That’s the proposal from the Oregon State Marine Board. $10 per year. Kayaks and rafts too. Sailboats over 12′ already need to pay a fee. 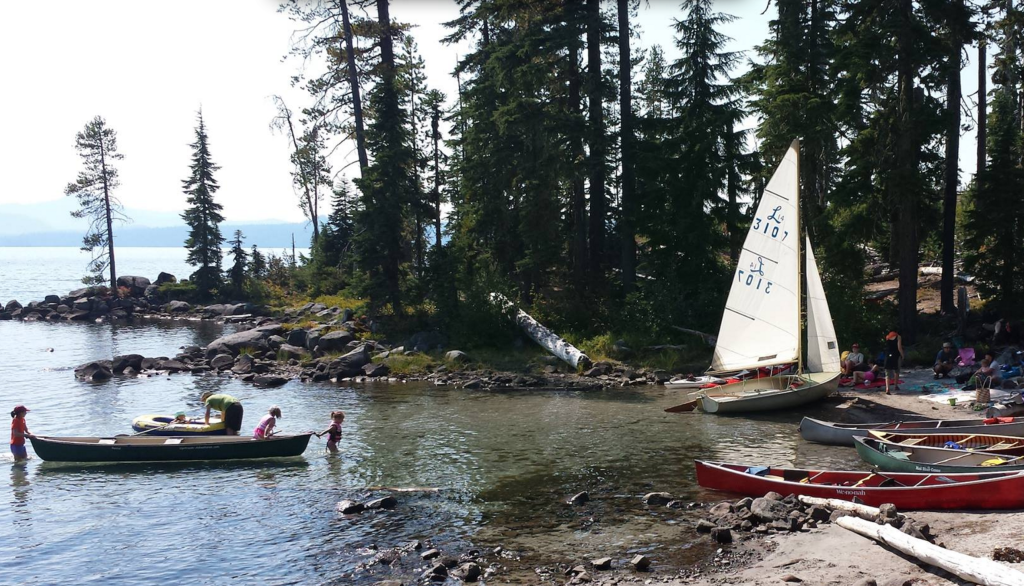 Data from predictwise.com, based mostly on the $140M gambled on betfair.com so far: 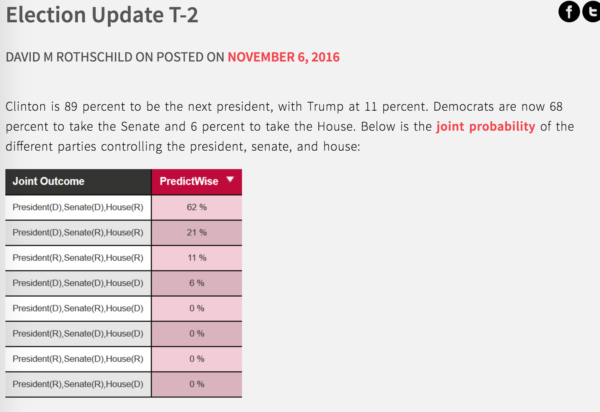 “Putting the fun — and education — in fungi”, here.

“Here’s a mushroom that will give you a fun trip, and here’s one that going to kill you,” ,,,

“Someone wants to buy old city dump near Creswell”, here.

Oregon men, and dog, to face jury of their peers after seizing control of BLM badger hole. In the RG here.

our pointy-toed boots. Maxine Bernstein has the report in the Oregonian on the government’s latest infringement of our constitutional rights to occupy a bird refuge and wear a bolo tie, with 1064 comments so far.